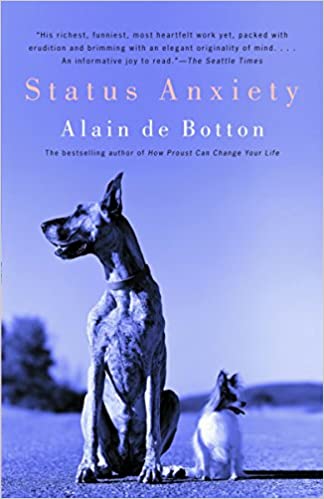 Fantastic inquiry into our desire for status, what it means for our lives and ideas for breaking free. Insightful, articulate and mischievously funny. Alain de Botton is a contemporary among a long line of clever French philosophers.

Our Need For Love, Our Desire For Status

First Story: The Rich Are the Useful Ones, Not the Poor

Third Story: The Poor Are Sinful and Corrupt and Owe Their Poverty to Their Own Stupidity

Dependence on an Employer

Dependence on the Global Economy