Beating the Street by Peter Lynch 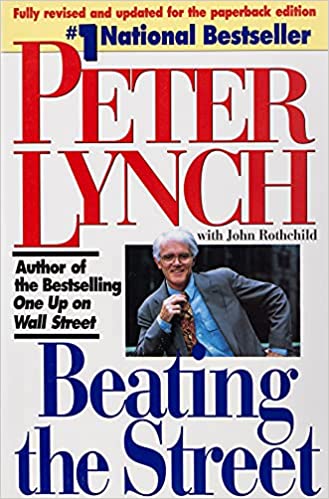 Brilliant yet practical investment advice from legendary money manager Peter Lynch. Follow-up to One Up On Wall Street, it's as funny as it is perceptive.

This is my book summary of Beating the Street by Peter Lynch. My summary and notes include the key lessons and most important insights from the book.

One: The Miracle of St. Agnes

The Even Bigger Picture

Three: A Tour of the Fund House

If It’s Tuesday, It Must Be the Belgium Fund

Far From a One-Man Show

It Pays to Be Patient

Nine: Prospecting in Bad News / How the “Collapse” in Real Estate Led Me to Pier 1, Sunbelt Nursery, and General Host

Eleven: Blossoms in the Dessert / Great Companies in Lousy Industries

Thirteen: A Closer Look at the S&Ls

Fifteen: The Cyclicals / What Goes Around Comes Around

Twenty: The Restaurant Stocks / Putting Your Money Where Your Mouth Is